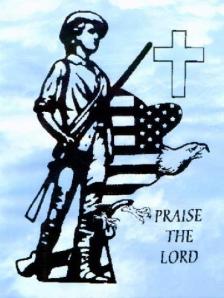 The Last Days. It’s on a lot of minds these days. Wars. Ebola. Islamic Terrorists. Rampant Crime. How could we not think that these are the Last Days. Yet, in all sincerity, as a human race we’ve had wars, famine, plague, and more than enough crime. The past looks pretty ugly. And yet, the mass of men, living lives of quiet desperation (thanks HD Thoreau) just kept on living. “Eat, Drink, Be Merry, for Tomorrow We May Die!” is the prevailing motto. This is the paradigm in which we, as Earth-dwellers live.

That’s what the Days of Noah were all about. Just going on despite the violence they perpetrated or experienced. That’s my sense of it all. We talk of the Last Days, but do we really believe it is here? Reading Genesis chapter six tells of G-d’s disappointment with the sin of the people. They’d become a real pain [ in King James English that was translated as G-d repenting of His creation] to Him. It’s Y’shuaJesus’s view of those times that opens things up for me.

Generally, people are simple unaware. Period. Sure, we occasionally get a Chicken Little running about yelling, “The sky is falling. The sky is falling.” And lots of things point to toward the Last Days. But we largely ignore the signs. We go on marrying, eating, living, dying. And maybe that’s okay, too. Maybe our lives are meant simply to be lived, that we just need to be good and do good, in the capacity that we find ourselves. Maybe that’s enough. But in the Days of Noah, the people were violent, sinful, because they’d lost their view of G-d. They’d forgotten G-d. The people of Israel, years later, did the same thing. A judge would arise, chosen by G-d to turn the hearts and minds of the people back to G-d–and to vanquish the enemy that had come against Israel. Than the judge would die and the people would again forget.

Awake in the morning rejoicing G-d; go to bed at night thanking G-d for another mundane, ordinary day living for and through Him. And if at night we hear a voice calling our name. . . Listen Up! Look Up!

A call to passion and truth, and all that hides in the caverns of the heart

The Domain for Truth
VOYAGE ONIRIQUE

Two on a Rant

Rants, humor, sarcasm, and a haiku-like substance? It's hard to know what's going to come out of our minds next.

For all your amateur radio antenna needs