Beginning with a discussion of what many see as dangerous times ahead for Christians after the
U. S. Presidential Elections this fall, I talked about the Festival in celebration of the giving of the Ten Commandments, took a look at the Salvation of Y’shuaJesus and Street Evangelism and receiving Messiah. It seemed a bit disjointed, but I shared concerns over the rising conflict and lack of peace that is occurring in America and has been ongoing in many parts of the world. 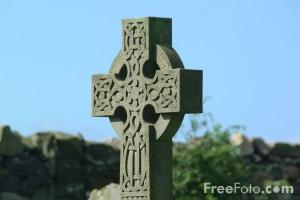 Rounding it out is the way we respond to situations that affect us. For instance, in some of the videos on YouTube, Street Evangelists evoked responses from an audience that became bitter, angry, and often threatening. I’ve heard that people are tired of the Gospel being used to beat them on the head. This reminds me of a farmer and his grandson. The boy was trying to get a mule to move. He was pulling hard on a lead and yelling at the mule, and getting no response at all. Finally, the old man intervened. “Gentle, Grandson,” the old man said, “on must gentle and speak softly to this fellow.” The boy looked a the old man, and the old man nodded. “Let me show you.” So Grandpa picked up a stick and hit the mule hard on top of his head, then leaned down, stroked his ears, and spoke softly. He then gently grasped the rope and walked with the mule following. “Grandpa,” the boy said, “why did you hit him when you said to be gentle and speak softly?” The old man sighed deeply. “Grandson, we need to get his attention first.”

Messiah Y’shuaJesus never beat anyone on the head, though many may have felt as though he did. What he did was elicit responses from people, some who bowed down, others who picked up rocks. Luke reports how the disciples responded Sunday morning after Friday afternoon’s crucifixion of the Lord.

[Mary Magdalene, Joanna, Mary the mother of James, and other women] went to the tomb, taking the spices they had prepared. And they found the stone rolled away from the tomb, but when they went in they did not find the body of the Lord Jesus. While they were perplexed about this, behold, two men stood by them in dazzling apparel. And as they were frightened and bowed their faces to the ground, the men said to them, “Why do you seek the living among the dead? He is not here, but has risen. Remember how he told you, while he was still in Galilee, that the Son of Man must be delivered into the hands of sinful men and be crucified and on the third day rise.” And they remembered his words, and returning from the tomb they told all these things to the eleven and to all the rest. Luke 24:1-9

The absence of the body of Y’shuaJesus at first “perplexed” the women. When they saw two men in dazzling apparel, they were frightened, and then bowed their faces to the ground. It only took a Word from the two angels to remind the women of what Y’shuaJesus has said. The women returned to where the disciples of Messiah gathered and received mixed responses. Some of the disciples said the women’s story was an “old wive’s tale.” Peter, though, headed out to check out the situation for himself. What Peter saw made him return home, marveling about it all. Two of the disciples left Jerusalem walking west down an old Roman road west to their village, which we now call Emmaus. They ran into a fellow who “beginning with Moses and all the Prophets, he interpreted to them in all the Scriptures the things concerning himself.” Himself being the Lord Y’shuaJesus whom the disciples didn’t recognize until, in their home, the Lord broke bread. Then the disciples realized to Whom they’d been talking, just as the Lord left. “They said to each other, ‘Did not our hearts burn within us while he talked to us on the road, while he opened to us the Scriptures.’ ” [Luke 24:13-25]

The Lord appeared to the Apostles, who at first were startled then frightened. While still disbelieving, Lord Y’shuaJesus showed his wounds, asked for food, and when they came to there senses,

He opened their minds to understand the Scriptures, and said to them, “Thus it is written, that the Christ should suffer and on the third day rise from the dead, and that repentance and forgiveness of sins should be proclaimed in his name to all nations, beginning from Jerusalem. You are witnesses of these things. And behold, I am sending the promise of my Father upon you. But stay in the city until you are clothed with power from on high. Luke 24:46-49

In the Gospel of John, we learn that Thomas was not with the other Apostles at that encounter. When told of it, Thomas responded, “Unless I see in his hands the mark of the nails, and place my finger into the mark of the nails, and place my hand into his side, I will never believe.” [John 20:25] When the Lord did appear to Thomas, He said, “Put your finger here, and see my hands; and put out your hand, and place it in my side. Do not disbelieve, but believe.” To which Thomas responded, “My Lord and my God!” [John 20:28]

Look, you can see by these few examples the variety of ways in which people respond to the call of the Lord. There are so many other examples. The Lord knows what is needed for each to come to repentance and find his or her salvation in the Lord Y’shuaJesus. Apostle Paul described out place in the process of another’s salvation this way:

What then is Apollos? What is Paul? Servants through whom you believed, as the Lord assigned to each. I planted, Apollos watered, but God gave the growth. So neither he who plants nor he who waters is anything, but only God who gives the growth. He who plants and he who waters are one, and each will receive his wages according to his labor. For we are God’s fellow workers. You are God’s field, God’s building. 1 Corinth 3:5-9.

Exalting the name of Jesus through Christian essays

Tactical Training with a Biblical foundation